Mathematics says that the shortest way from A to B is a straight line. But in nature you hardly find any straight lines. The same applies to roads, at least outside of cities. There the roads and other ways accommodate to topography and other elements, and also consider that vehicles and other users of those ways don’t like to go all straight or in right angles. Thus the engineers design them in more or less bent curves. Or the vehicles or even the water take the way of the least resistance and thus also follow natural curves. That’s called the flow.
And finally, for our eyes it is also more pleasant to follow a curved line in nature then looking all straight. This we often attribute to harmony.
Curves we find everywhere, right around the corner. As mentioned above anywhere in nature, outside the cities. But even in old cities you will often find roads and paths following curved lines, because they resulted from traditional pathways before houses were constructed, or simply easing the way up the slopes.
Curves are not only a pleasure to our eyes, they sometimes can also be a kind of meditation for our mind.
The following small collection is a selection from my book “the curve”, which you can find here or buy directly here.

In late 2018 y had a mission to a remote area of the Sunderbarns of Bangladesh. On a weekend I could take advantage of my stay to stroll around the village. I wanted to take photographs of some colourful shops and workshops with traditional merchandises and handicrafts. As soon as their owners took notice of my interest in their shops they presented themselves proudly in midst of their space. Passers-by stopped and built an interested crowd observing the shooting. In some photos neighbours or other people sneaked into the scene to be part of the photograph as well.

Some of the photographs I took as HDR images and processed with Aurora and Luminar. This allowed me to penetrate into the depth of the sometimes dark interiors of the environments.

After having processed all images I asked a Bangladeshi colleague to produce print copies of each photo and hand it to the owners of the shops and workshops.

Throughout several years the German technical cooperation supported the sustainable development and protection of areas in the Northern Alps of Albania. Among different activities the project supported the sustainable development of the Theth valley. This started to show increased interest among hiking tourists. The sudden increase of tourism provoked unplanned and unsustainable construction activities. Thus, the project developped in participatory communications a construction design code. This code took references on traditional architectural styles in order to maintain the typical aspects of this valley and avoid overconsumption of valuable natural landscape.

This photographic documentation shows the different fields of attention in form of five thematic posters. 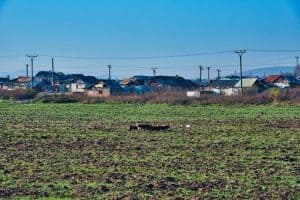 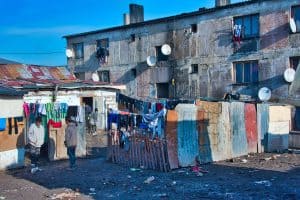 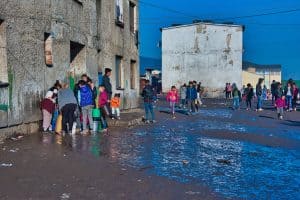 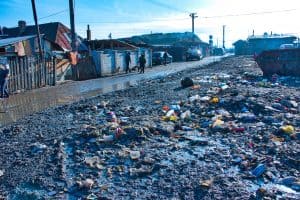 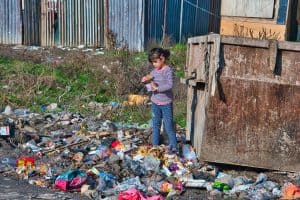 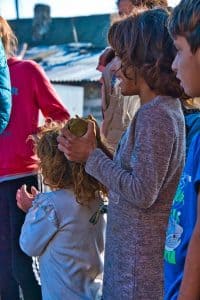 The German Technical Cooperation supported some CARICOM states with the implementation and management of marine protected areas and the conservation of coastal biodiversity. The project supported various activities: administrative and technical improvement activities with various marine protected areas (MPA); the creation of new MPAs; the promotion and handling of turism; training of personnel; the sensitization of local population, including the youth; the addressing of environmental problems; and the training of fishermen and public employees in the sustainable use of the natural resources, among others.

This documentary is a collection of posters presenting the key issues of the project area.

With support of the German Cooperation and a local foundation, parents of a tiny village in the ecuadorian Amazon were receiving assistance for the realization of their projects improving their life. In 2003 I was invited to visit the project location and report about the project progress and outcome. The pictures show some project situations of this help-to-selfhelp project.

Each year the german city of Erlangen is celebrating the festival of poetry in the park of the castle. This event is accompanied with a special exhibition . The year 2010 topic was “artist & book”, on books as object of art itself and their artists.

The following pictures are just some spotlights on details of the handycraft and objects shown in an exposition hall in the historic castle. In this artist & book exposition the weight was less on books with their poetic content but rather the physical aspects of book binding and design and the books as art objects themselves.

This site uses cookies to ensure that we give you the best experience on our website. If you continue to use this site we will assume that you are happy with it.OkNo
Revoke cookies